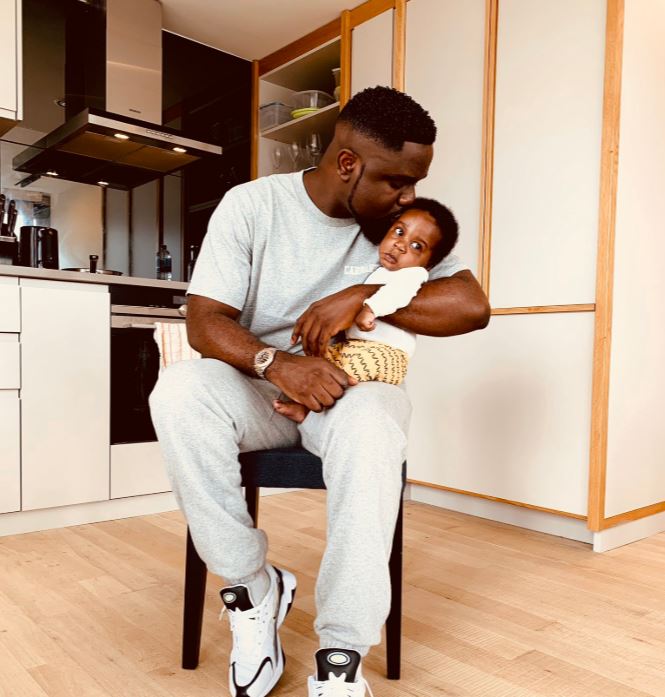 Sarkodie Returns Home With A Family Of 4; The New Addition Is A Newborn Baby Boy.

The rapper after months of staying abroad before the closure of Ghana’s borders due to the COVID-19 outbreak returned home some hours ago with Titi and his wife. Upon their arrival at the airport, paparazzi photos captured shows that Tracy was carrying a baby.

That comes to confirm months of rumors that the rapper’s wife was pregnant and kept it a secret.

It’s official, Sarkodie is now a father of two. 3 days ago the rapper returned home after 6 months abroad with his daughter and wife who was rumored to have been pregnant. At a point, Tracy’s delivery of her second child was reported but Sarkodie denied it at that time.

However, the Sarkcess Music CEO upon arrival in Ghana came with a surprise, a newborn baby boy. In marking Father’s Day yesterday, we have now seen a photo of King Sark carrying his newborn baby son and this comes to confirm the reports.

Via a tweet announcement by Sarkodie the boy has been named “Michael Nana Yaw Owusu Addo Jnr” aka “MJ”. Congrats to the Sarkcess family and Happy Father’s Day King Sark.